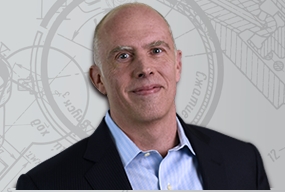 Patents are enjoying an unprecedented amount of attention currently.  For example, patents are frequently in the news in the context of acquisitions, and more often, litigation.  While litigation is important (https://www.condoroccia.com/crk-expands-patent-litigation-practice), some studies suggest that less than 2% of patents are ever involved in litigation.

Unrelated to current attention, yearly numbers of U.S. patent filings have increased steadily for years.  Recently, that number reached over half-a-million per year (by USPTO count, 2013).  Thus, there must be a number of good reasons to support the current numbers of filings.*  Presumably, those reasons that have little to do with litigation.

If your patent filing activities have flattened out, and you need a reminder of the value proposition, here are seven (alliterative!) business reasons to file patent applications:

Copycat deterrence: Once disclosed, if the creator doesn’t file patent applications or obtain other IP protection, any innovation or R&D results can be copied (or reverse engineered).  In fact, absent IP, copying is considered by judges to be a desirable activity in commerce.

Commodity prevention: Without patent applications or other IP protection, customers are free to treat your innovation as a commodity and look for the lowest cost supplier.  While you may obtain short-term exclusivity by contract, a patent is a much stronger and longer way to obtain exclusivity.

Capture value: Developing IP can be a significant investment, but royalty payments and other licensing fees are an attractive way to recoup some, all, or multiples, of the investment.  Beyond the legal fees to set up the license, you make a percentage on sales (or use) by some third party, while requiring no infrastructure or further investment from you.  From a business perspective, license revenue is nearly all upside.

Cultivate margin: Given the exclusivity that patents grant, one would expect higher margins on products covered by patent.  In fact, studies by large corporations on patent-advantaged sales have borne this out.  Moreover, margins can be even higher in cases with good product-specific coverage and narrower market segments, such as medical device or pharmaceuticals.

Credibility: The first step in developing a reputation as a market-leading innovator requires a significant number of patent filings.  In some industries, patent filings do double duty as marketing and recruiting materials, as patent applications publish 18 months after filing, and word spreads quickly as to who is actively filing.

Cross-licensing: Patents are bargaining chips in disputes to act as grounds for counter-suit.  Similarly, in a license situation, a licensee’s block of patents can help stimulate a cross-license to offset costs.

Collateral: As general intangible property, patents can be used as collateral for loans.  In many cases, the bank takes a security interest in the patent.  Typically, the bank files a state UCC-1 financing statement, and preferably records the interest in the U.S. Patent Office, to perfect the interest and give notice.

* Interestingly, the biggest incentive to file patent applications hasn’t even had time to affect the number of filings yet.  Patent law changed to “first to file” in 2013.  If you invent something today and keep it secret, and your competitor independently invents it next year (or years from now), things are not going to pan out as you remember under the previous system.  Post law-change, given certain assumptions, your competitor will be able to file an application, potentially get a patent, block you, and force your customers buy their patented product.  Even though the idea was something you came up with first, but didn’t file on.  This outcome is intentional, as the law change was meant to incentivize filing by stimulating inventors to hurry to file, which theoretically fosters innovation.